In 2014, the company “Aisin” released an eight-speed transmission U881E/F (TG-81SC), which was intended for the transverse on the cars of different classes. Initially, this transmission was used on Volvo V40 and V60. And subsequently, it was installed on large crossovers of this Swedish manufacturer and BMW Х1. The repair of automatic transmission TG-81SC/AF-50-8/AWF8F35/U881F is performed on a scheduled basis, which allows to prevent critical malfunctions, completely repairing the cars.

In parallel with the city cars, such gearbox was installed on the sports coupe Lexus RX 350 after its run-in. Such a gearbox was named U881E/U881F. Accordingly, depending on its index E and/or F, these were the gearboxes for rear and all-wheel drive.

Engineers from “Aisin” released three different versions of this gearbox, which were characterized by the maximum possible torque. AWF8F35 was installed on American cars from General Motors and Chrysler, Volvo Lexus, and Toyota. AWF8G45 was already intended for BMW, Peugeot 5008, and other car brands. The highlights of this transmission are different clutches, cylinders, and modified cooling systems.

When developing this gearbox, they based on the 8-speed AWTR-80SD. These transmissions have a number of common details, but at the same time, the developers tried to make the new gearbox more compact so that it doesn’t differ from the classic six-mortar in its dimensions. 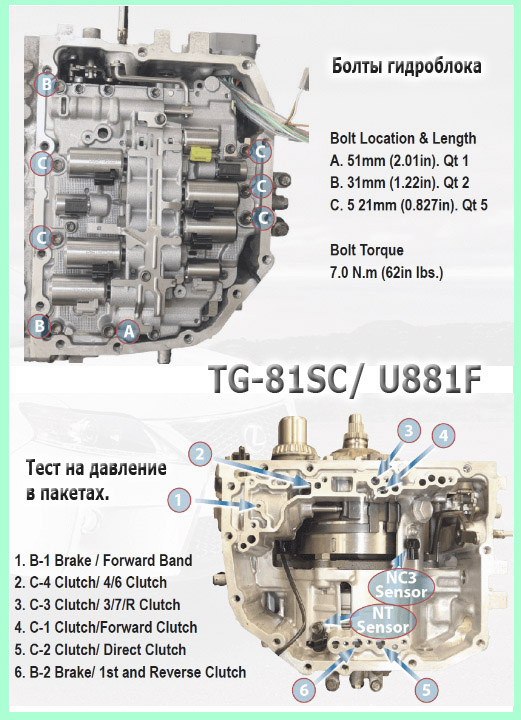 This machine resulted a very reliable; it included a number of design innovations, which allowed to slightly simplify the maintenance and repair of automatic transmission U880E (TG-81SC, A881F, AWF8F35). In this, the gearbox was critical of the oil quality, which had to be changed every 50.000 km along with all filters. Only thus, it was possible to ensure the absence of serious malfunctions and premature transmission wear.

Typical malfunctions of this gearbox are the wear of torque converter consumables and friction clutch. Aggressive driving style can lead to problems with the iron part, and if the car owner neglects the need for changing the oil in the gearbox, the valve body with solenoids contaminates quickly. The car owner needs to contact the service at the first sign of malfunction; in this, scheduled repairs of automatic U880E (TG-81SC, A881F, AWF8F35) must be carried out every 100-150.000 km. 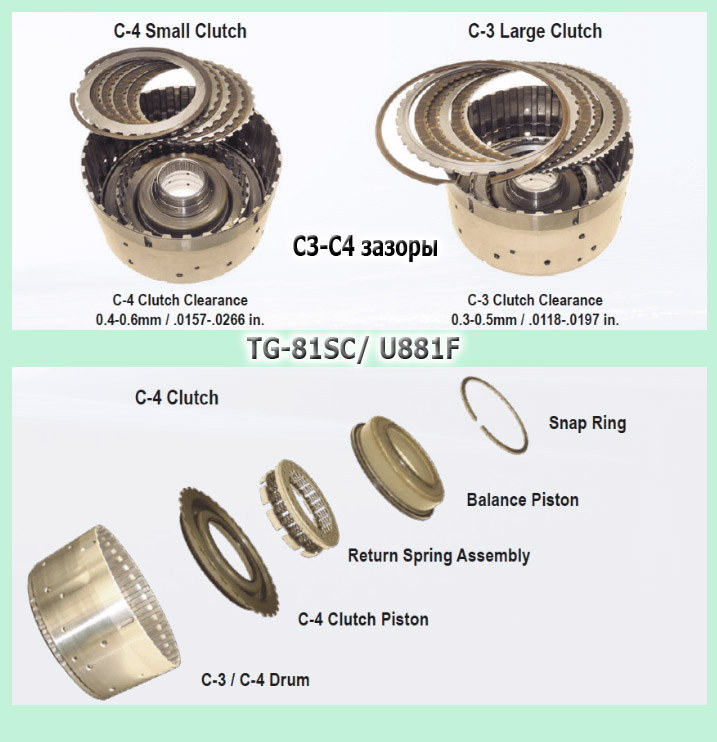 Aggressive driving style and gearbox operation with cold oil caused the problems with steel discs, clutch burnout, wear of brake bands, as well as the trouble with bearings and sun gear. 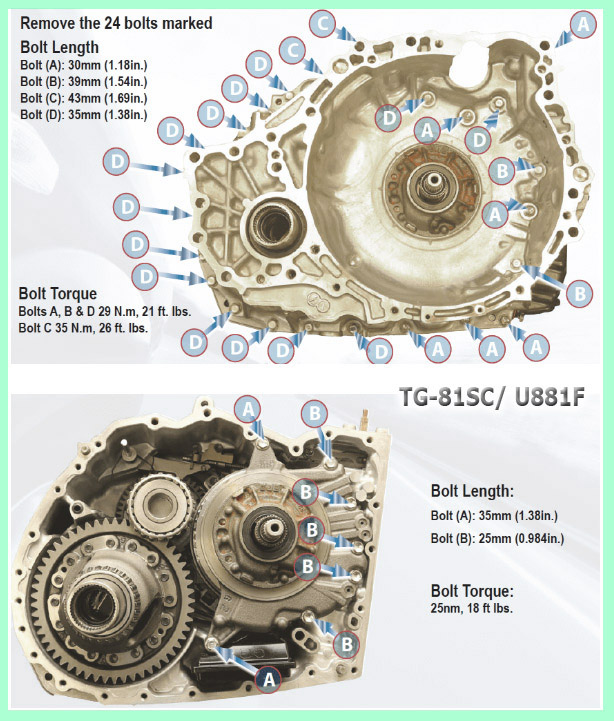 The main reason why the car owners contact the repair service of automatic U880E (TG-81SC, A881F, AWF8F35) are the problems with the torque converter. Clutches burn out, or teflon pads wear out on the torque converter; all this led to the shocks and kicks of the transmission when changing gears, as such consumables started to contaminate the oil, which could quickly disable the whole transmission.

Due to the successful and time-tested structure, this gearbox is characterized by the safety; therefore, its scheduled repairs suggest only the restoration of the torque converter and replacement of all tabs. Such works must not be neglected, as the wear of torque converter leads to the contamination of oil, which already implies the need for premature restoration of the valve body and oil pump. Also, during such scheduled rebuild U880E (TG-81SC, A881F, AWF8F35), they replaced sleeves and oil seals, examined the state of iron, and, if necessary, replaced it. 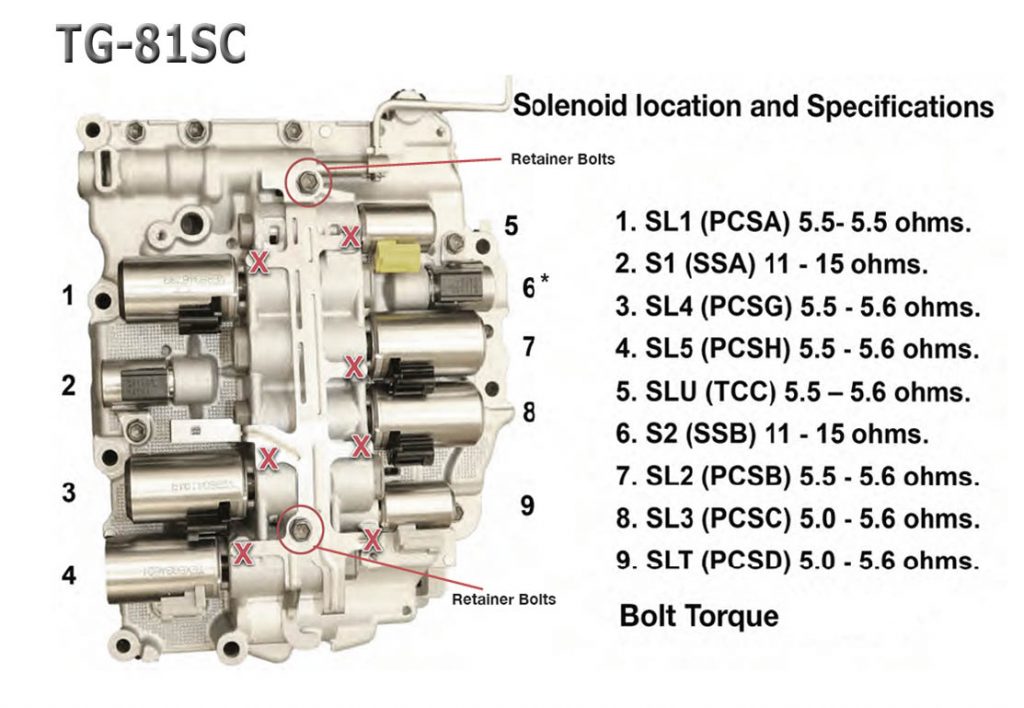