Six-speed gearbox FW6A-EL was explicitly developed for use on the cars of the Japanese company “Mazda”. This transmission uses the unique developments of “Aisin”, ensuring an excellent implementation of the dynamic performance of crossovers and sedans from “Mazda”. The repair and service of automatic transmissions FW6A-EL, GW6A-EL, is complicated by its design; therefore, all works with it should be entrusted exclusively to experienced professionals.

Starting from 2012, the gearbox FW6A-EL has been installed on the crossover Mazda CX-5 and a number of other cards. There was also an enhanced version of the transmission called GW6A-EL, which was intended for diesel engines with high torque.

The production of this gearbox started in 2010, and the transmission itself has replaced the “Aisin” model TF81-SC. The company “Mazda” invested huge sums in the development of its new engines of the generation “SkyAktive”, which is why the ability to install a third-party transmission, fully compliant with the parameters of the powertrain, was salvation for this car manufacturer. Initially, this automatic transmission (in the version FW6A-EL) was run in Japan on Mazda Demio cars equipped with the engines of 1.3 liters, and only after that, it went into the series, being installed on different cars.

Linear solenoids with a massive anodized manifold integrated into the structure of the electric valve were used on this gearbox. Such solenoids have a service life at the level of 300.000 km; they retain their characteristics and stable operation for a long time, even with a large number of opening and closing cycles. Electric valves were cleanable, which greatly simplified the exploitation of this transmission, eliminating the need for their change during the major repair of automatic FW6A-EL, GW6A-EL.

Fluid type: Original Mazda ATF-FZ (or you can use Toyota ATF WS) 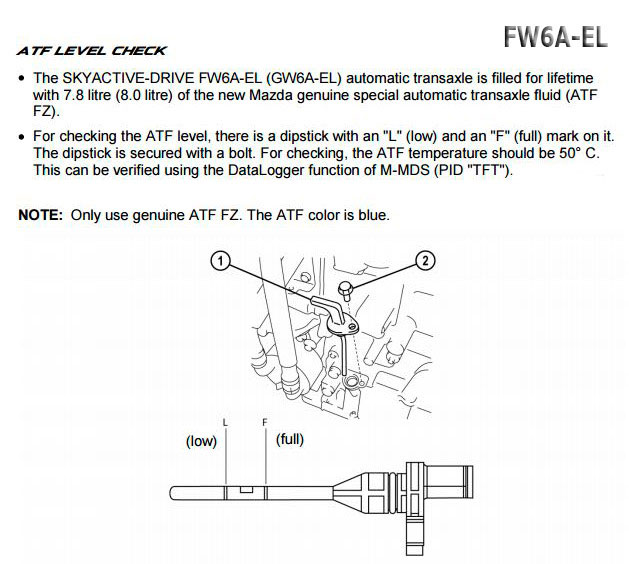 Typical malfunctions of this machine include the wear of the central bearing housing, friction clutch in the torque converter, and subsequent contamination of the valve body. It is very important that the car owners change oil along with filters in a timely manner and immediately contact the service for diagnostics and repair in case of various symptoms of malfunctions. This will prevent the wear and tear of the torque converter, and if different malfunctions appear, they will be eliminated immediately to exclude an increased load on solenoids, valve body, and oil pump.

The weak spot of this machine is a central bearing housing, which starts to wear out on the cars with powerful engines. In turn, this leads to pronounced vibration. Usually, in case of a relaxed driving style, such bearing and its housing are replaced during the major repairs of automatic transmission FW6A-EL, GW6A-EL.

The use of a double-clutch lock somehow increased the reliability of torque converter; however, if the car owner practiced an aggressive driving style, the repair FW6A-EL, GW6A-EL, might be required already on the runs of 100.000 km. You should contact the service in case of the first symptoms of such malfunctions, as the burnt clutches and worn pads contaminate the oil, leading to the critical breakdowns of the machine.

If the characteristic symptoms of the gearbox malfunctions appeared, or its mileage approached 300.000 km, they performed an overhaul of the machine, changed bearings and its housing and sorted and changed the worn-out iron. If the gearbox had problems with the control unit, the plate was dismantled and diagnosed, after which they changed the defective sensors. They also inspected the condition of the valve body, which could be contaminated with the burnt ATP fluid. In such a case, rebuild FW6A-EL, GW6A-EL, and cleaning of the plate were required. 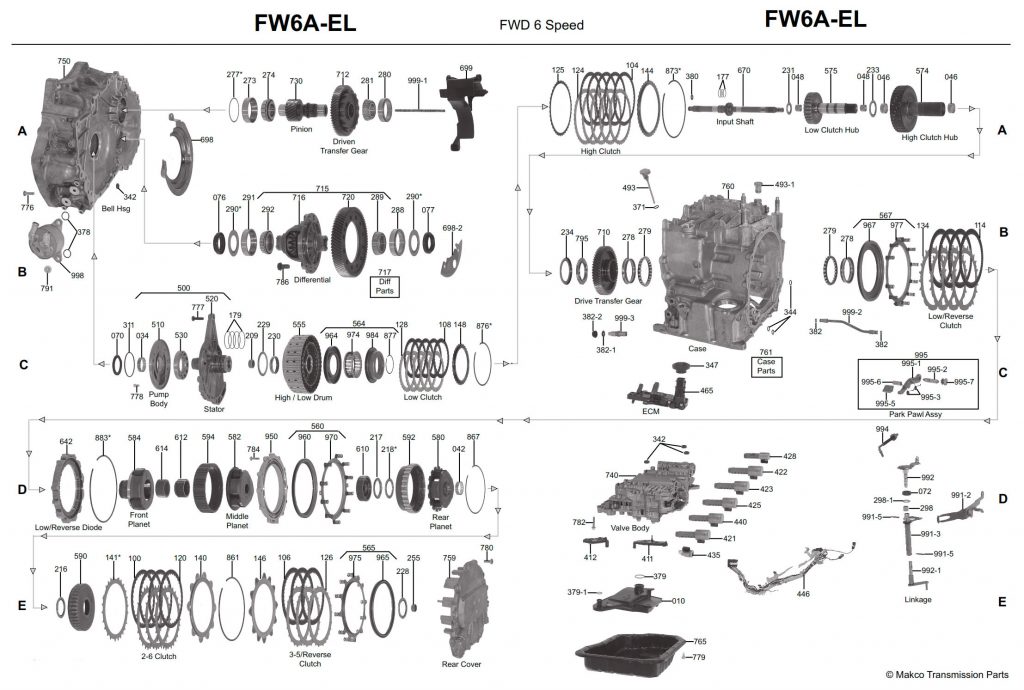 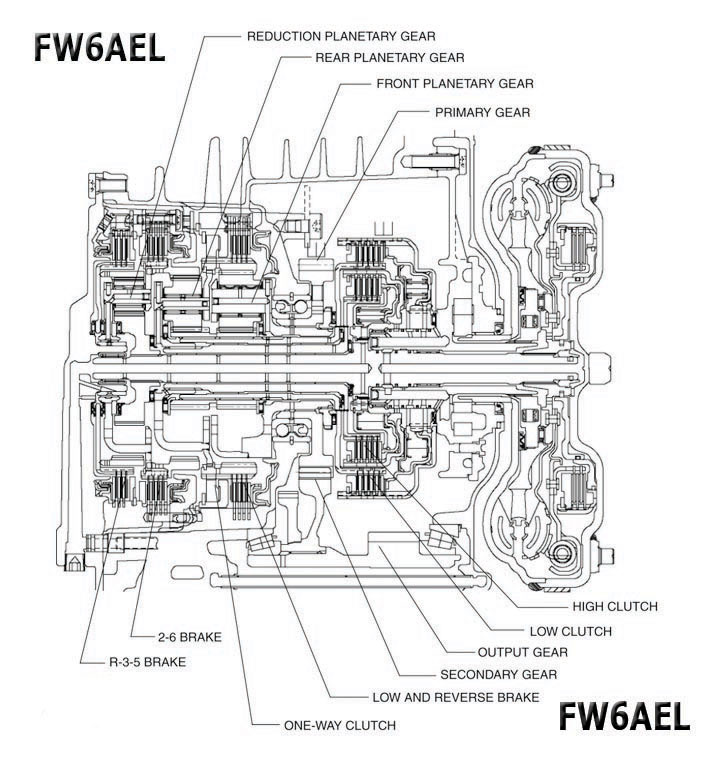 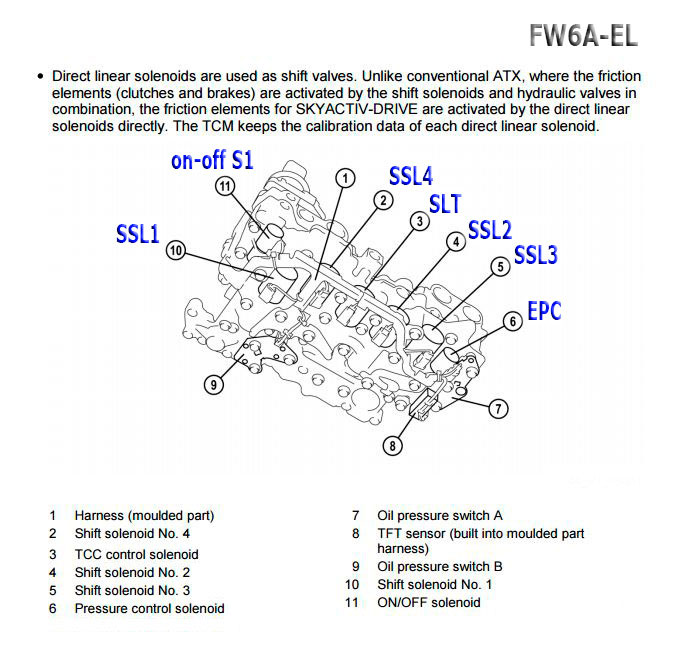