Since 2008 launched 7-staged direct-shift gearbox of DSG7 of longitudinal arrangement with «wet» type double-clutch on the Audi Q5-Q7, A4 Allroad, A5 Cabriolet, A6-A7 — DL501. Thus, is an expensive heavy box of longitudinal arrangement (DL — Dual\Longitudal) on which have not-stingy details (> 140 kg) to guarantee the minimum resource before the first overhaul over 150-200 thousand km. 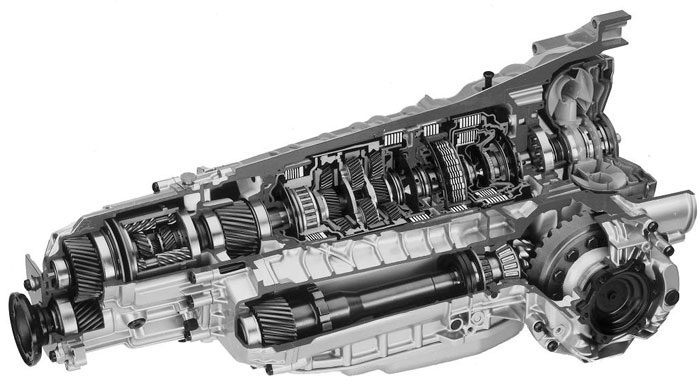 On VAG classification — OB5. It is aggregated with engines to V8 4.0l (diesel) and it is calculated on the drive up to 500 nanometers of torque on limit turns. But also, as well as in other DSG (Direkt Schalt Getrieb), the computer considerably limits the maximum moment transferred by the motor toward transmission.

The gearbox is structurally divided into two compartments — «mechanical» where hypoid oil for mechanical gearboxes and «automatic» compartment with friction clutches of the double-clutch is used. And also, the hydro block where special intellectual oil for DL501 — G 052,529 A2 is used. For cooling of ATF, the special #471 solenoid coil working instead of the thermostatically controlled chamber. 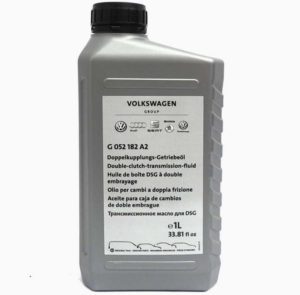 Oil in «automatic» compartment (7l) is changed with filters (external and internal) and cleaning of magnets of the pan after 60 thousand km of driving. If there is a desire to delay overhaul on 150-200 thousand km, then it is necessary to change the oil. Especially it concerns ageing gearboxes. Check of level and quality of the oil is made on jellied bore at a certain temperature (38°C) with the use of the diagnostic equipment. It is better to do it by means of menders of DSG having experience and the corresponding equipment for adaptation. This gearbox is pretty reliable. Therefore, timely change of oil and accurate driving without extreme loadings and overheating allow to delay planned overhaul for 250 thousand km. After timely and full overhaul with replacement of all consumables (overhaul kit), this Direct Shift Gearbox will easily serve some more years.

Shavings from drum harm both to filter and details in the gearbox, and the electrician — mechatronics, to solenoid coils and sensors. The partition with cleaning is recommended as soon as magnets of the pan show that hedgehogs of shaving have grown to several millimeters.

How to overhaul — video

If shaving has considerably damaged internal weather strips and layer pads and the car has crossed the mark of 150 thousand km, order overhaul kit with of layer pads and sealing glands — for substitution. Ordered the German overhaul from Autoline brand, poor structure earlier, but consisting of original sealing glands and rings. Now there are stereotyped overhaul kits from Transtec, Precision, ATOK more often. Substitution of friction clutches of both packages of clutches is made by set. Friction clutches have asymmetrical flutes for oil flow-down for improvement of cooling and demand the correct installation in the direction of rotation. Steel disks. The wear of friction clutches even half conducts to problems in clutch work.

In DL501 (as well as other DSG) Mechatronics became as a first «child-disease». 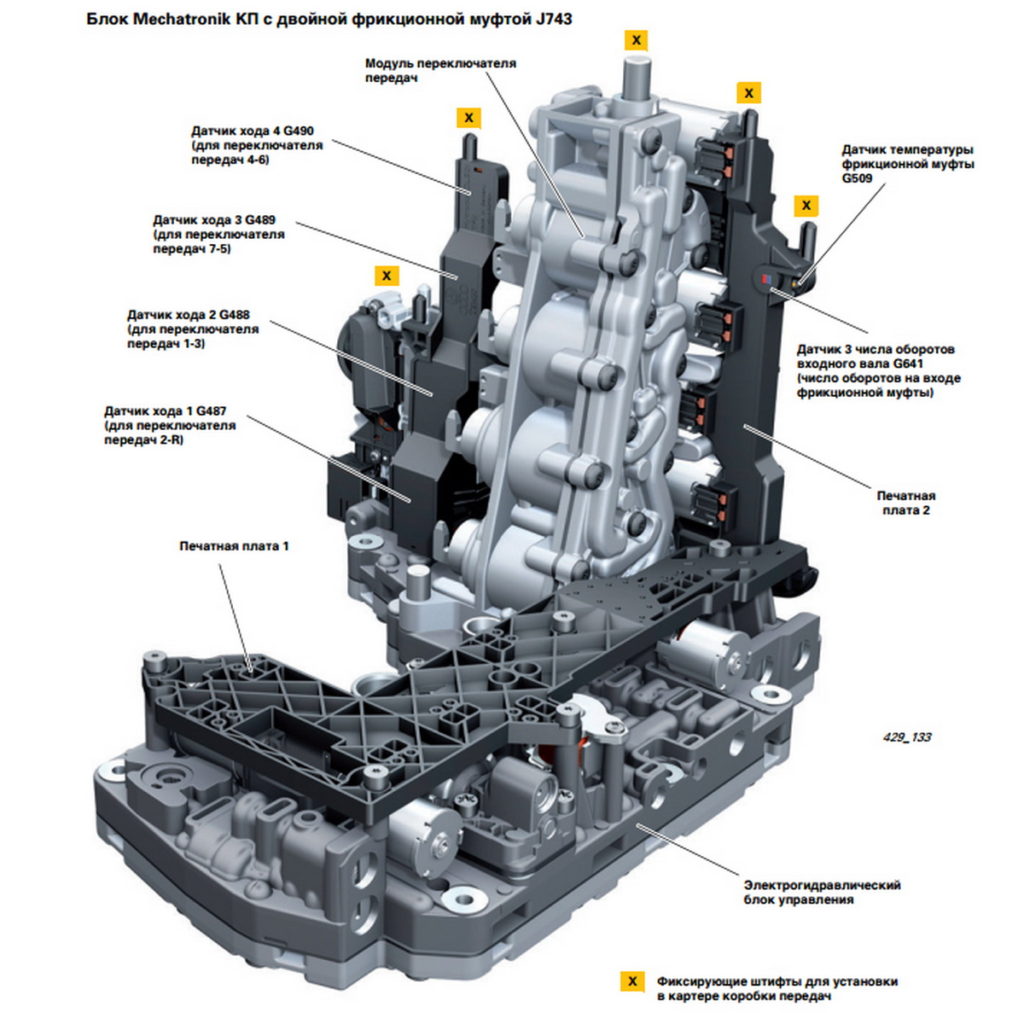 DSG sawdust in the gearbox

Mechatronic’s problems are caused by the fact that settings of the computer allowed to overload the detail of drums by kick-down, which has got by inheritance from the automatic transmission. The material of clutch is structurally rather weak for the aggressive modes of dispersal. The run-out of details influences the operation of valves and thinly adjusted electricians Mechatronics. The producer of electronics even asks to protect Mechatronics at repair from static electricity, grounding menders hands’ special bracelets. It is almost space technology. For repair, Mechatronics is used various overhaul kit of the hydro block. 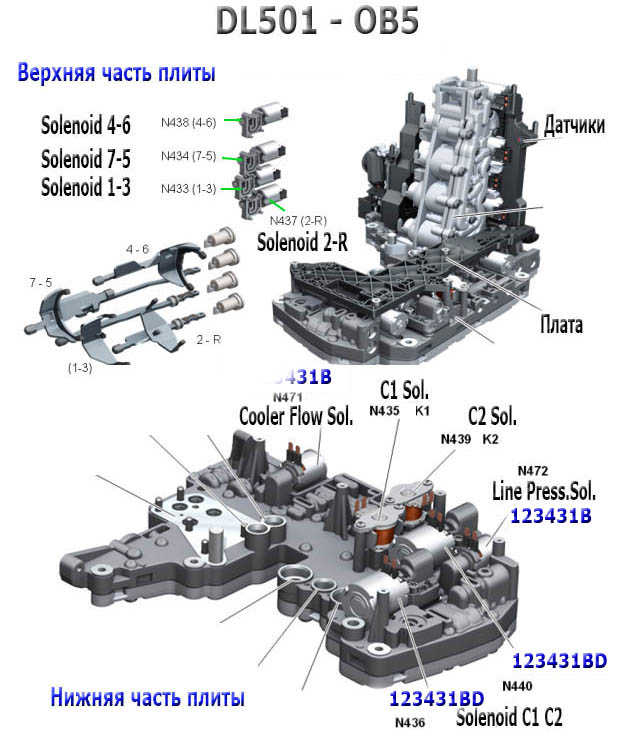 Work of transmission of DL501 with metal shaving in oil results in fast wear of solenoid coils. VFS (variable-force — the solenoid coil with changeable stream) solenoid coils — electro pressure regulators in C1-C2 packages of the platform of hydroplane — the first thing subjects to replacement.

These solenoid coils are used for inclusion of clutches both on DSG6/7 Volkswagen-Audi, and on Getrag by 6-staged «wet» clutch of WD 6DCT450 for Ford and DCT470 for Mitsubishi. Solenoid coils are adjusted very thinly, this why their valve does not keep work in the dirty hot oil arriving from the double-clutch. Also, the solenoid coil of the main pressure of VFS (interchanged with the oil cooling solenoid coil) —  is replaced also often. 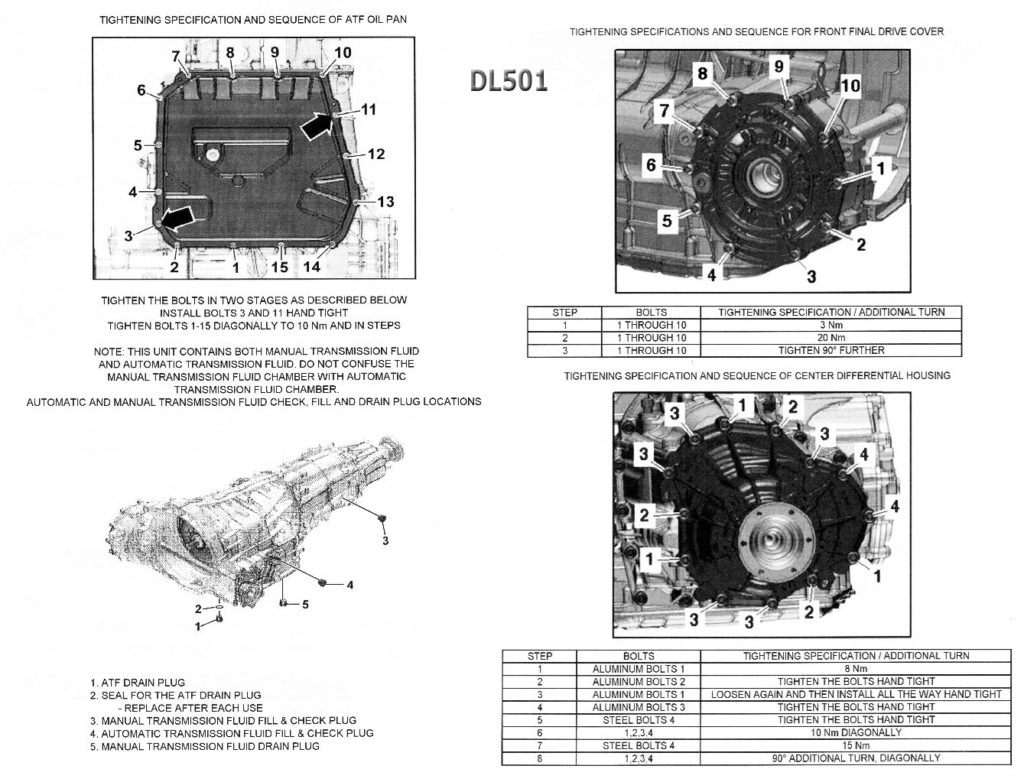 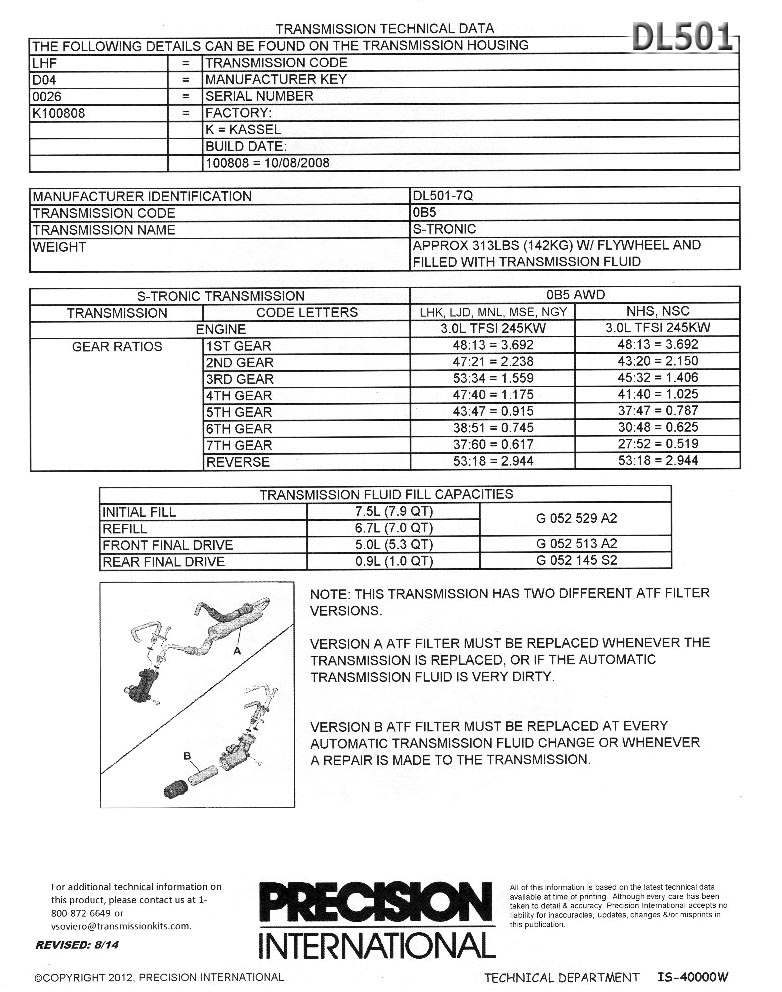 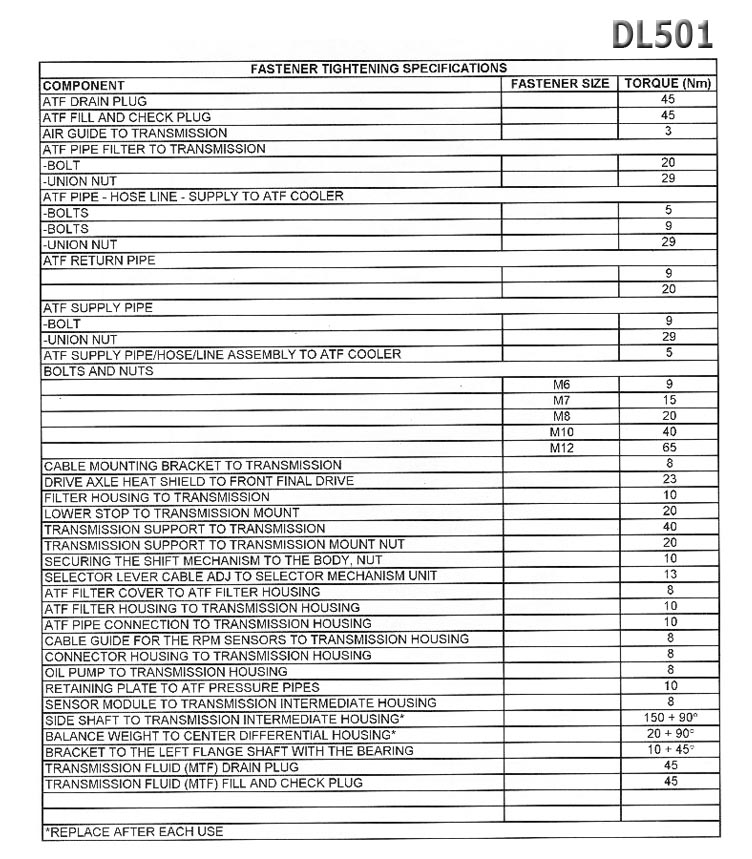