At the beginning of the 2000s, the experts of the American automobile concern Chrysler faced the need to develop a modern six-speed automatic transmission (68RFE) that would be installed on pickups and SUVs with an engine capacity of 5-6 liters of volume. In the production range of the American automaker at that time, there were only outdated four-speed gearboxes. That is why it was decided to develop what’s called a new transmission from scratch with the ability to manually shift gears, which could cope with the large torque of powerful engines. The development of the 68RFE transmission model took nearly seven years. Only in 2006, the Chrysler company offered this ultra-modern six-speed automatic transmission, which was installed on the legendary Dodge Ram pickups.

Of the weaknesses of this transmission, its block of solenoids and the valve body, which rarely withstood the mileage of more than 200 thousand mileage, were isolated. Solenoid valves could even require replacement already at a distance of 100 thousand kilometers, which significantly increased the car owner’s spending. It was also necessary to monitor the condition of numerous gaskets and seals through which transmission fluid leaks could be noted.

On cars whose owners abused aggressive acceleration, problems with the bagel were often noted, the clutch burned out, the overrunning clutch wore out, or required a gasket replacement. On machines with high mileage, the machine’s electronics could be buggy, such a transmission either hung on certain gears or went into emergency mode, after which it was not always possible to start an immobilized car. For any malfunctions of the computer, the diagnosis of automatic transmission and 68rfe rebuild is required.

Chrysler recommends an automatic oil change every 40,000 kilometers. This procedure is carried out exclusively in the service and involves the change of both the transmission oil itself and the filter element. The gearbox is extremely critical of fast driving, especially on the roads. This quickly leads to overheating and lubrication problems. As a result, the valve body and oil pump may fail.

A feature of this transmission is the presence of a manual mode for switching speed steps. The advanced transmission design, therefore, copes with the stresses resulting from the torque in the powerful engines of American pickups. Modification of the automatic transmission 68RFE is designed for cars with rear-wheel drive. Its primary characteristics:

The transmission is distinguished by its large dimensions and complicated design. Therefore, the overhaul of this modification of the automatic transmission is an expensive undertaking requiring experience and the availability of specialized equipment.

At the same time, it is necessary to take into account the fact that the repair of automatic transmission 68RFE and, in particular, the overhaul has a rather high cost. This can be explained by an intricate design and large dimensions, which somewhat complicates the dismantling of the gearbox. When performing a major overhaul, gaskets, seals, and a set of pistons are replaced. Friction clutches often fail, and the valve body is considered not repairable and simply replaced with a new one.

In 2004, the solenoid block was modified (white connector instead of black), but the problem with failure too early remained. 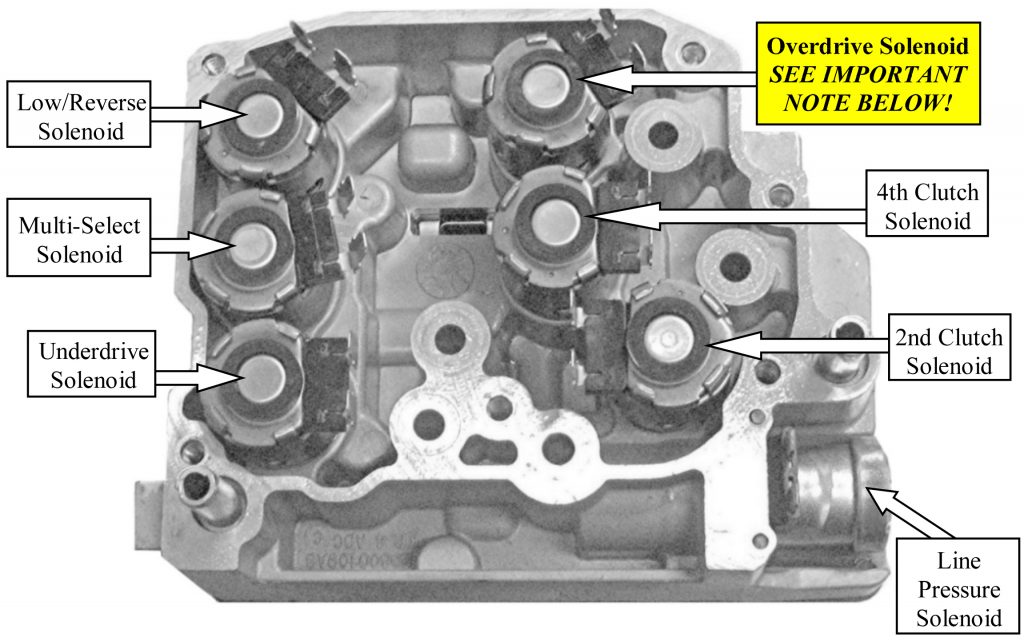 The resource of the Chrysler block of solenoids is noticeably lower on average than that of competitors. The hydro blocks and their control had several modifications for different types of engines — gasoline and diesel engines.

As for the interchangeability of the old and the new block of solenoids: according to the masters, the settings and capabilities of the last block of solenoids (with a white connector) allow it to work on automatic machines until 2003. 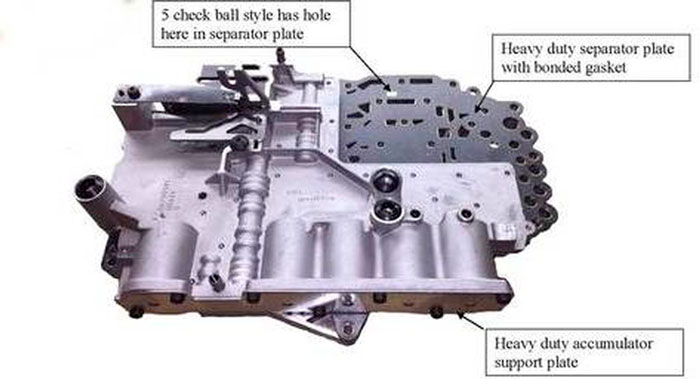 And the old block (with a black connector) will not normally work on later versions of the transmissions of this family. The same is with updating versions of computer programs.

In 2008 valve bodies were modified again and were not interchangeable with previous generations. 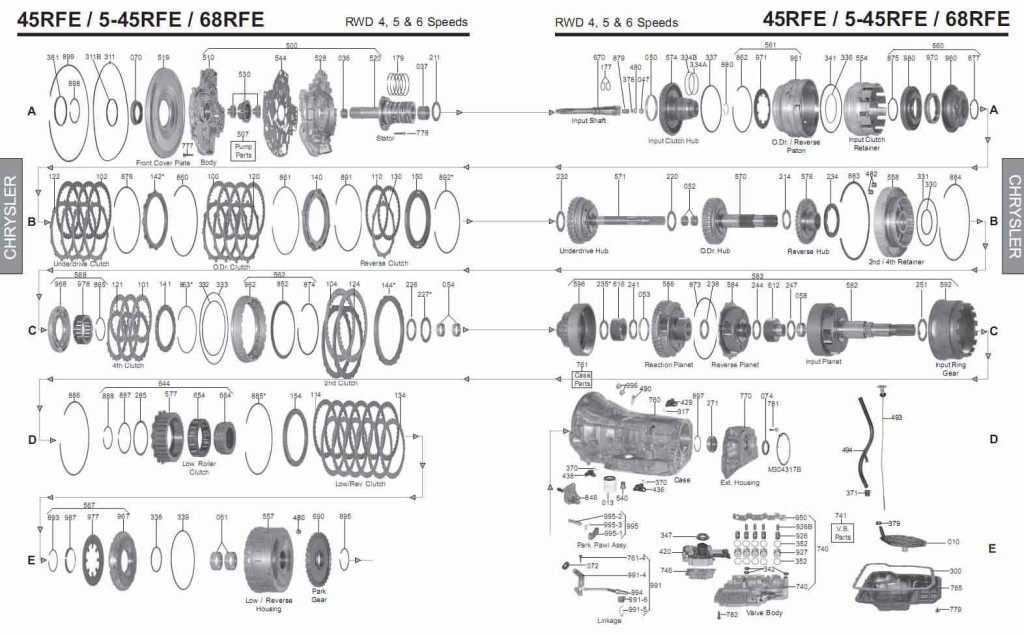