In the late 1990s, Toyota specialists started to work on the creation of the variator designed for front-wheel-drive cars. In 2000, the K310-K111 transmission family appeared, which was subsequently carried out in various modifications, distinguished by reliability and versatility of use. The repair and timely service of the variator K310, K311, K312, K110, K111, K112, K410, XA-10LN, XA-15LN allowed operating such transmission for 500.000 km without overhaul.

The K110 variator model, which was installed on Estima, Opa, Corolla, and Yaris, appeared in 2000.

Four years later, a modified CVT was released, which received the K111 index, and in 2005, the model with a reinforced structure of K112 appeared, which was installed on engines with a capacity of up to 2.4 liters.

Soon there were K114-K115 modifications, which had updated electronics and modified settings of the control unit.

In 2003, a series of mini variators was launched under the K310 index; they were intended for engines with a capacity of 1.8 liters or less.

K410 and K411 variators were created specifically for the compact engines with a capacity of up to 1.3 liters. They had a compact design, fully electronic control and were equipped with improved solenoids and a modified valve body.

The transmission of XA-10LN and XA15-LN modifications was intended for the foreign markets and aimed at replacing the compact variators of the JF011E-JF015E modification. 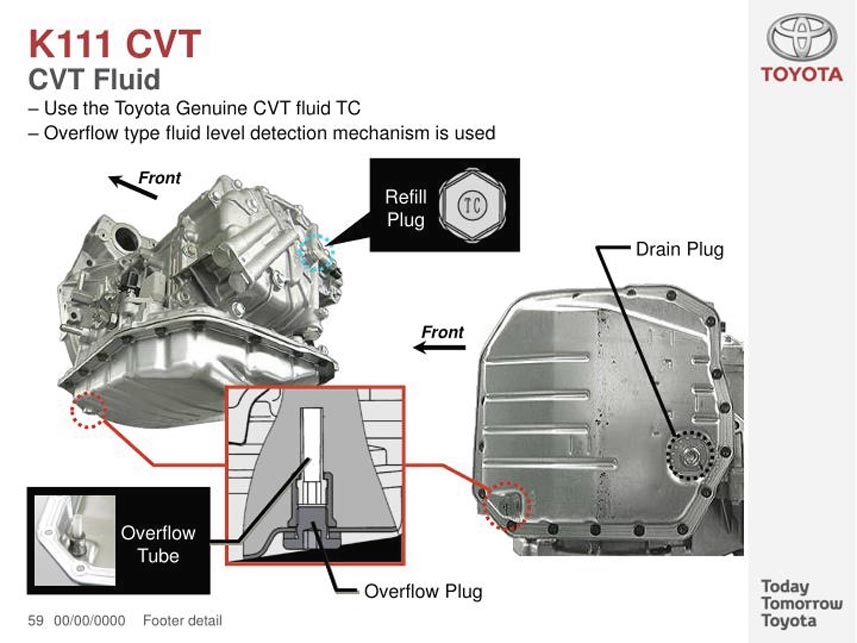 The reliability and service life of this variator will largely depend on whether the car owner will follow the recommendations on the car maintenance. Particularly, it was necessary to completely exclude car slippage or active dynamic ride with frequent acceleration to the floor.

An appropriate repair kit is used to restore the torque converter, which somewhat simplifies such repair work.

The car owner should contact the service in a timely manner. As soon as the car starts to knock and kick during power transfer, and the variator starts to lag or slip, you should immediately bring the car to the workshop, perform its diagnostics and repair.

The weak point of this transmission is the sun gear bearings, which are subjected to significant twisting loads during sharp accelerations or when using the machine at high speeds. “Toyota” was aware of this problem and tried to solve it by strengthening the bearings with gears, and making appropriate adjustments to the control unit, preventing an increased variator load.

Maintenance and repair of the valve body K310, K311

During the rebuild K310, K311, K312, the valve body is serviced, which has a huge safety margin for iron. Its washing is carried out with solenoids; they perform the troubleshooting of the state of the electric valves, which may become clogged with dirt because of the worn torque converter. 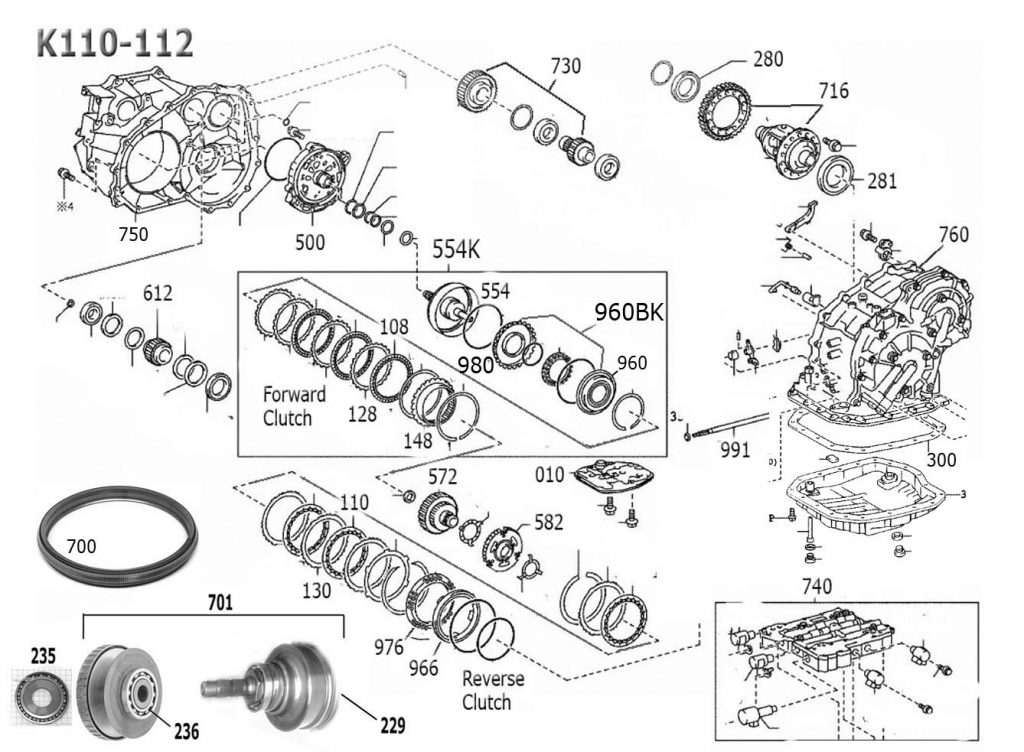 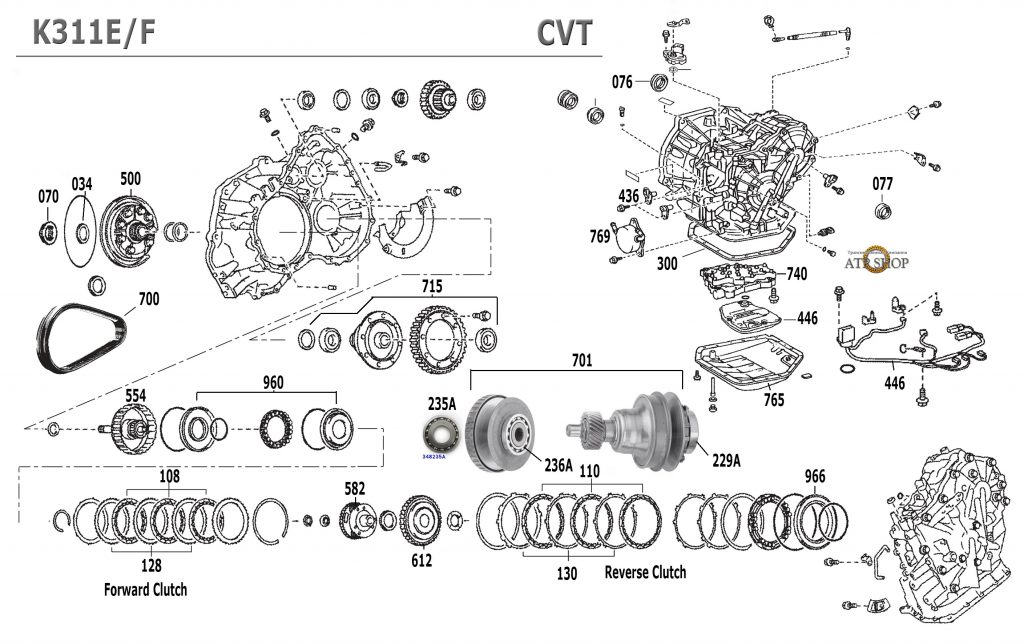 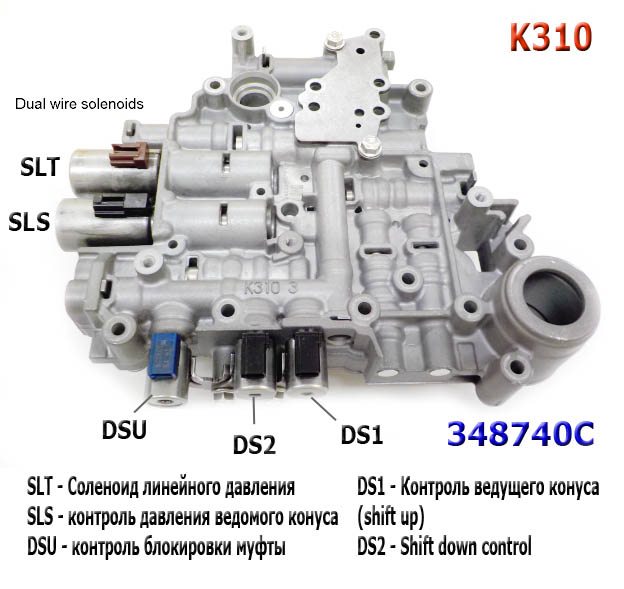 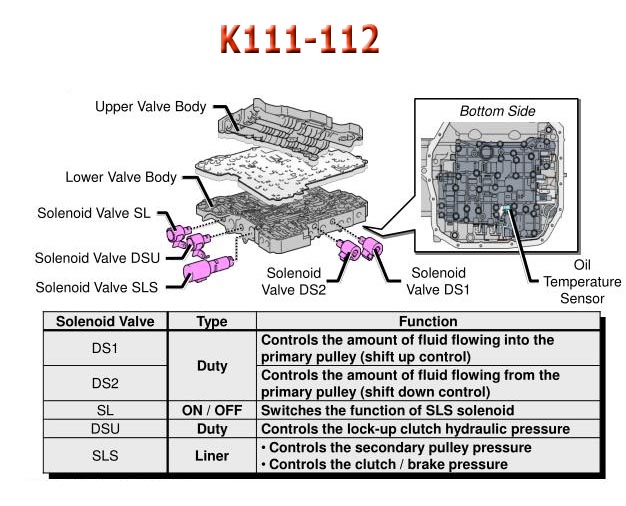 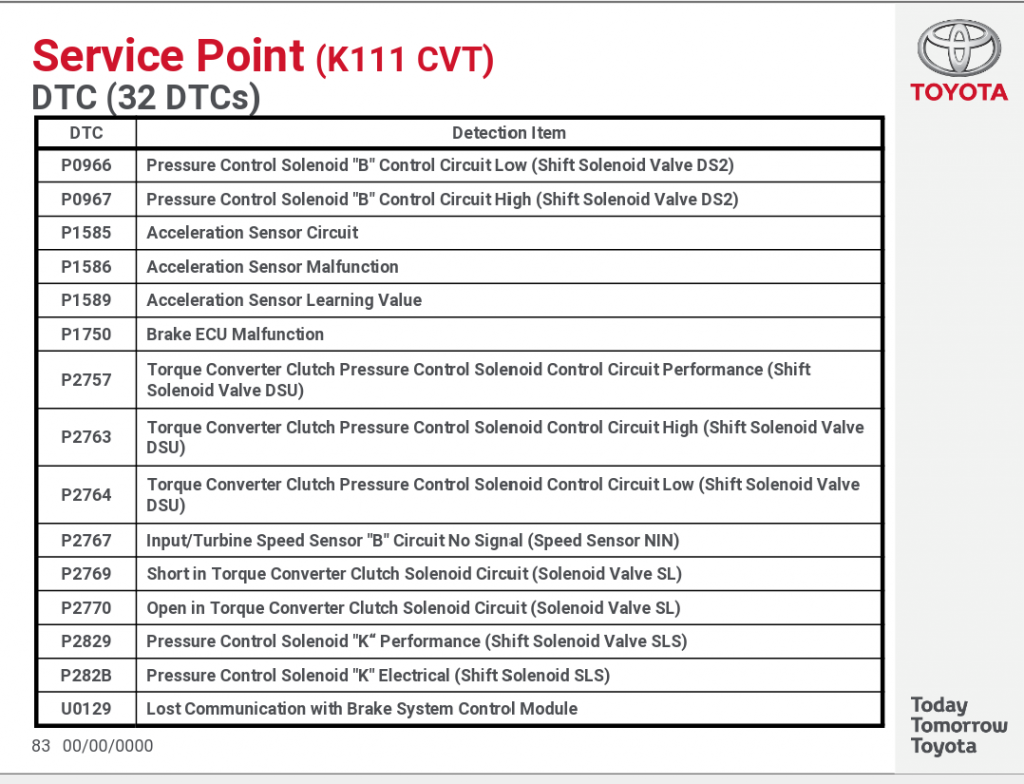 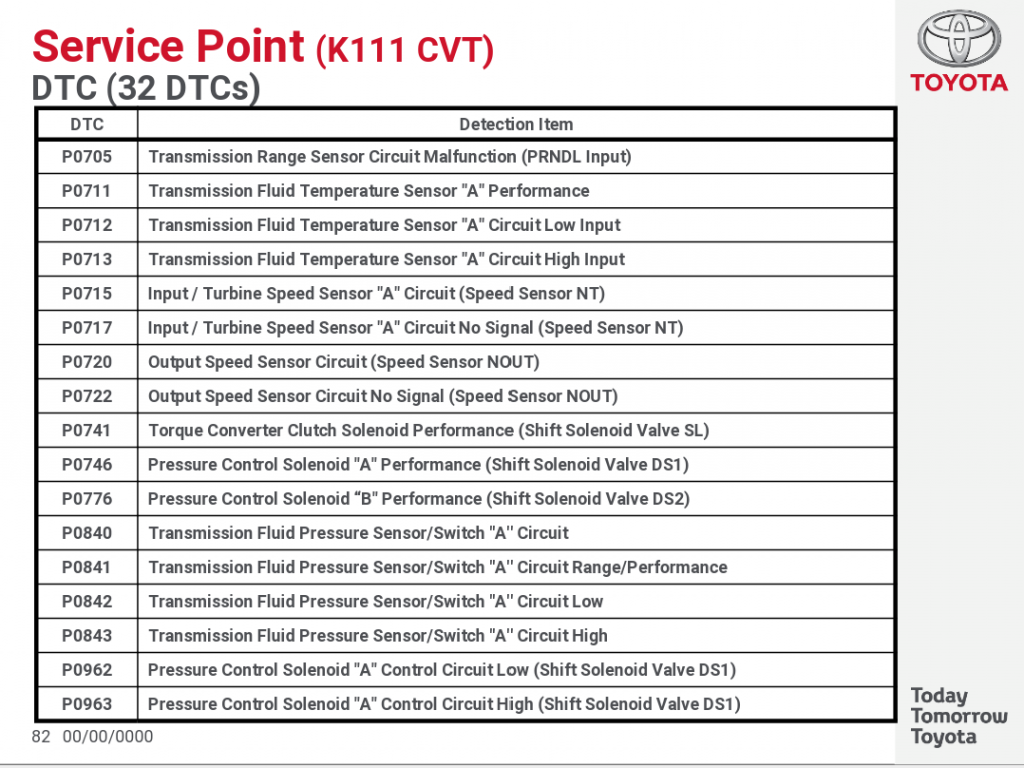 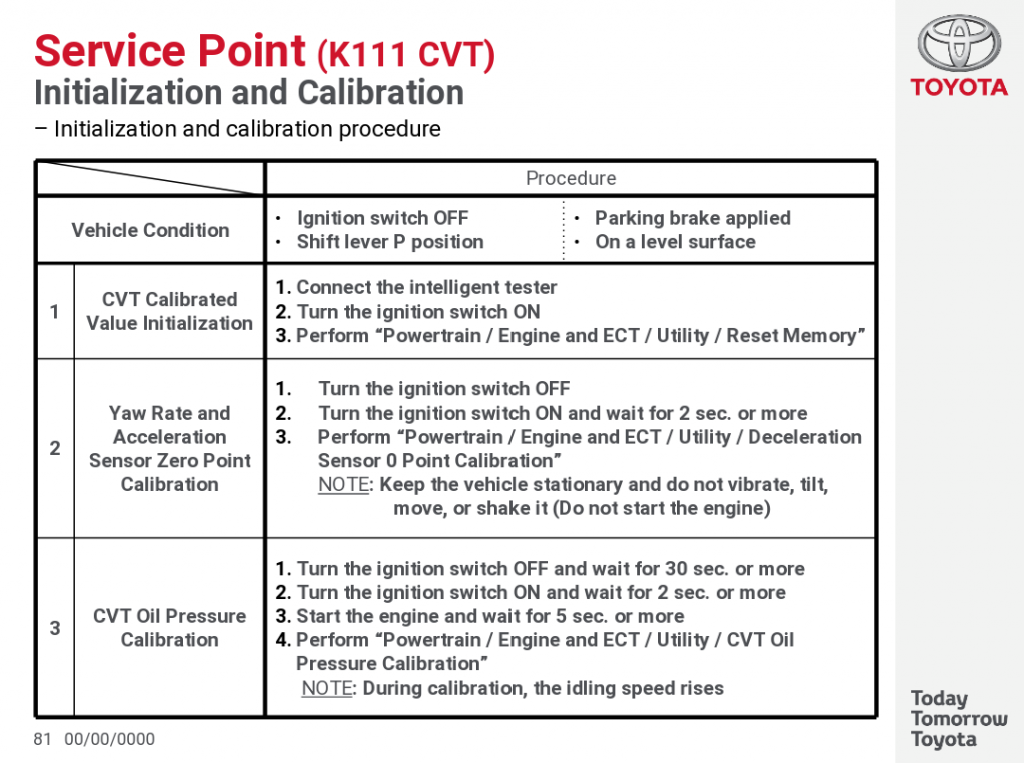